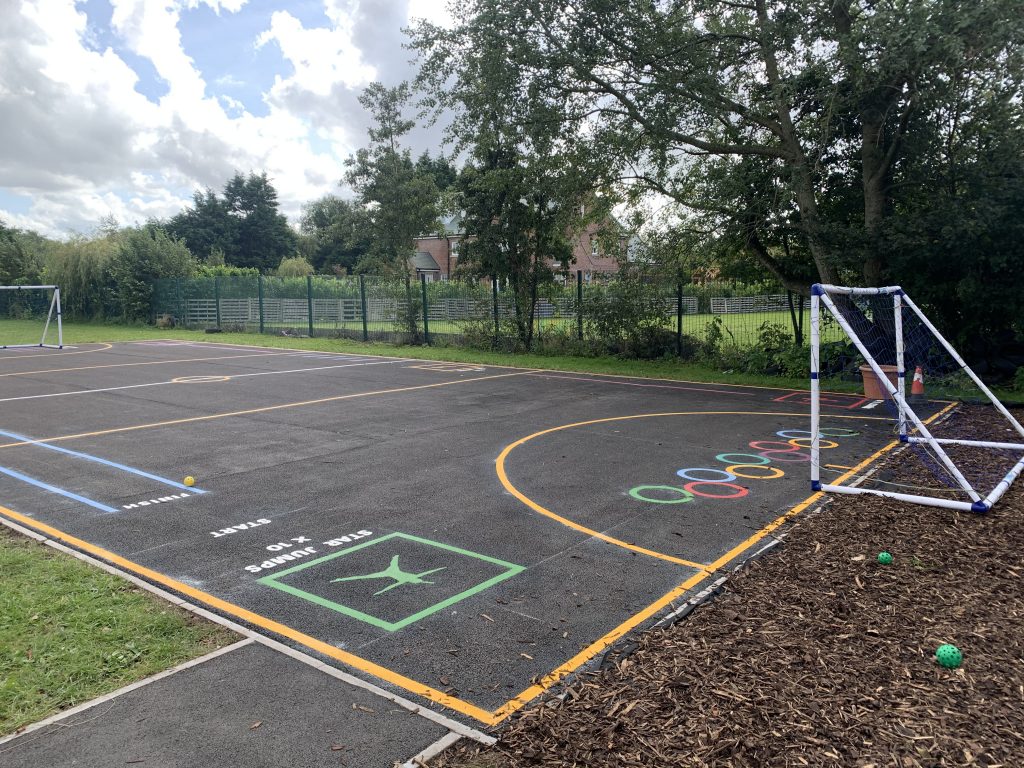 “I was very impressed from the start, UniPlay were honest and open about what would work. The installation crew were amazing with both the children and the staff and I couldn’t recommend a better company”

We had the pleasure of working with the wonderful staff and children at Banks Methodist Primary School in Southport recently to transform their outdoor space into a colourful, fun area designed to increase the activity of their children during the school day.

Uniplay were initially contacted by Headteacher Stephen Draper and a site visit was arranged within a couple of days to take a look at the area and have a chat about what he’d like to achieve and what was important to his school. Following the initial conversation and site visit a proposal and plan was drawn up for the staff to consider. It was fantastic to meet with Mr Draper and gain an understanding about what was important to him and what outcomes he hoped for by implementing playground markings.

The outdoor area at Banks was in need of a little life and Mr Draper hoped that by utilising some of his Sports Premium Funding by introducing new and innovative thermoplastic playground markings that he could encourage the children to be more active not only at break and lunch time, but also make much more use of their outdoor provision during lessons, especially PE. It was important that the markings were anti-slip so could be utilised in all weather and that they would be long lasting. Mr Draper wanted to encourage competitive sport and increase the fitness of the whole school. As a keen runner himself, he wanted to transfer his love of physical activity to the children.

The school decided to add a sports court and introduce a daily mile and fitness trail for the main playground which made great use of their space and was hoped would increase the participation and allow all children to engage in physical activity. For the younger children the focus was also on alphabet and numbers with fun and colourful caterpillars to create an interactive focus for the children and bring learning outdoors. Other elements included fun, yet educational graphics such as a solar system, number grid and target to utilise both maths and gross motor skills.

The response from both the children and staff at Banks Methodist Primary School has been incredible with the children especially excited to tell us what were their preferred playground markings and why. Since installing the playground games, Mr Draper has been continuing on his fund raising drive to raise more funds to further enhance their outdoor provision and recently completed a half marathon sporting a Uniplay running vest to raise valuable funds!

We were delighted to work  with Banks to enhance their outdoor provision and look forward to visiting again soon.