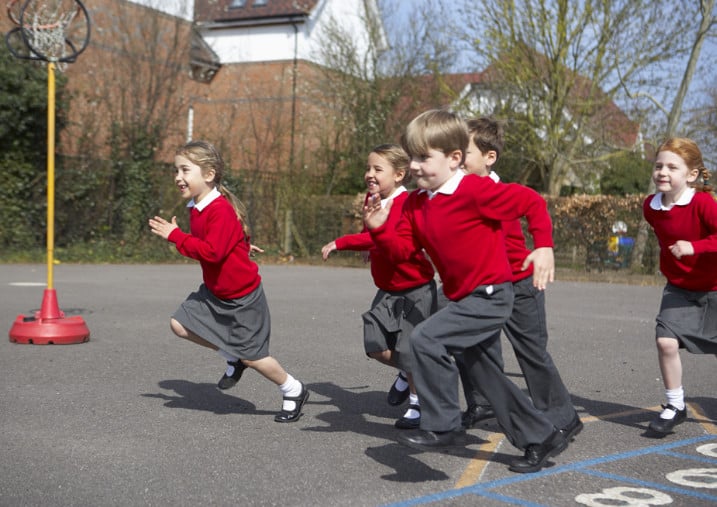 Communication is an essential part of a child’s development, as it’s highly influential on almost all aspects of life growing up – necessary for improving social skills, facilitating emotional development and expression, and improving their academic ability. It’s probably no surprise, then, to find out that we’ve got a fantastic range of playground markings designed for that very purpose here at Uniplay. Below, we’ll be highlighting just a few of the most popular, and exploring some of the ways in which they can help your pupils.

For many children, making friends is arguably one of the hardest parts of school life, and it’s one of the most valuable skills that aren’t actually taught in lessons. However, while they’re not necessarily part of the academic curriculum, that doesn’t mean to say that schools themselves can’t do their part to help! That’s where our social playground markings come in here at Uniplay – we’ve created several designed to help children improve their self-confidence, or connect with pupils who are similarly shy. Our Characters and Objects playground markings are full of these designs, including friendship stops, quiet areas and welcome zones. They’re safe spaces in which children take a break from the sometimes high-pressure environments of common playground games, giving them the freedom and time they need to relax and make friends.

Emotional articulation is another important part of growing up, to the extent that children (and, indeed, adults) can often get quite frustrated if they’re unable to properly express how they feel. Several of our playground markings have been designed with exactly that in mind, in particular our How Do You Feel Today playground marking. It incorporates several common answers into its design, giving children the valuable help they might sometimes need to properly communicate their emotional or physical state. (And of course, if the feeling is a negative one, it can give helpful guidance for teachers and staff in what remedial action they might be able to take.)

Foreign language markings serve helpful dual purposes. First of all, they provide useful academic reinforcement for children learning basic foreign language skills in lessons. What’s more, they can also help children communicate with any classmates who might not be native English speakers, and equally help new students to communicate with classmates too. We have several foreign language markings spanning common foreign languages learned here in the UK, all designed to make learning fun and memorable. This includes, for example, our French Phrases playground marking, and our Spanish Maze playground marking, the latter of which doubles as a timelessly fun game in itself!

Team games emphasise a different kind of communication to those other playground markings we’ve covered so far. Rather than thoughtful, conversational responses, team games emphasise quick, efficient communication, incorporating both verbal and non verbal. Basketball and football are two prime examples of such games, but for children who find those too intensive, we’ve also got less high pressure games such as simple catch and pass playground markings.

While each of these markings alone is invaluable for your pupils, children will need to practice all these types of communication equally as they grow. For that reason alone, it can often be tough to decide which playground marking would be most useful for your school. We’re pleased to say that here at Uniplay we can help there, too! Feel free to give us a call on 0333 321 6695, and we’ll be happy to advise you however we can.

Our philosophy at Uniplay is “to see children of all abilities develop essential skills through play” and we specialise in the design and installation of thermoplastic playground markings, giving playgrounds colour and creativity to enhance play, fitness and fun.