What makes these traditional playground games so popular? 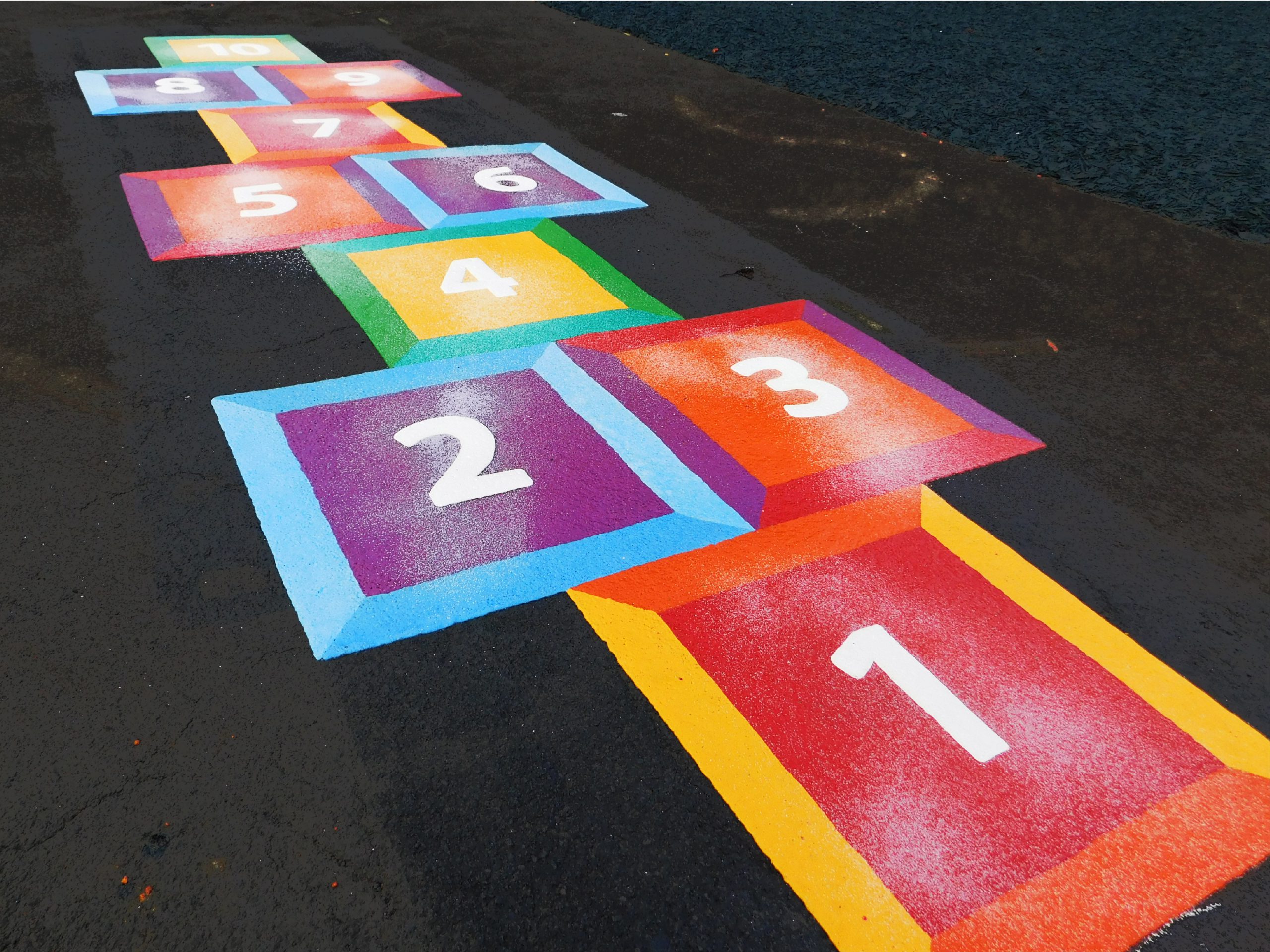 What makes these traditional playground games so popular?

If you’ve had a look around our thermplastic markings here at Uniplay, you’ll already have a good idea of the fun and games they can offer pupils, including letter game markings and maze markings. However, even throughout all the new games that are devised over the years, the oldest ones always seem to retain their timeless appeal. Traditional playground games like Hopscotch, Twister and Duck, Duck, Goose especially seem to have been around forever. But what’s made these traditional games stand the test of time in the face of new games being released or dreamt up by creative children?

Twister was a game that Reyn Guyer came up with on his own while working for a shoe company. He obviously had some spare time on his hands because he got his co-workers involved in trying out a paper-based version of this game that he dubbed ‘Pretzel’. Later, the Milton Bradley Company decided to have a crack at it in 1966 with the release of ‘Twister’.

The Twister game is based on the idea of placing your body on a Twister mat. The game is a physical one because players must contort their bodies into unusual positions to get their hands and feet in the right places without falling over. It’s a great game for flexible kids who like a challenge (and adults who never really grew up).

Hopscotch is designed as a children’s game. It can be played solo or in competition with other kids. The game itself is reputed to have been played back in the 17th century with Roman children where the game was called either ‘scotch hop’ or ‘scotch hoppers’. It’s since been played in the UK, the US, Italy, Spain, and even Cuba, where it’s call Pon.

The idea with hopscotch is that the ground is laid out with a type of grid. The player throws a small item into a shaped box and then if they can jump or hop through the proceeding boxes on the floor (known as hopscotching) to reach the small item, they make progress in the game. The trick is not to throw the item too far to miss the intended box or so far that they cannot hopscotch all the way there. Therefore, it helps kids to understand when to take risks and to appreciate their current limitations too.

For school playgrounds and other player areas, Uniplay offer a traditional hopscotch game, plus many variations. There’s a Roman numeral version, a Leaf hopscotch for outdoor lovers, a Rocket hopscotch for adventurous boys, and even a Space Shuttle hopscotch too. Take your pick!

And let’s not forget Duck, Duck, Goose. This children’s favourite is played usually when kids first get into organised education. This one is more for active children. Here, one child runs around other kids sitting in a circle. The runner taps each person’s head in order until they select another child to run by shouting ‘duck, duck, goose!’ That child then must stand up quickly and give chase around the circle. The objective of the game is to catch up to the person in front and not become the person picking and who can never stop running.

There are many versions of this game, and it was even described as far back as 1919 in a book by Emily Rose Burt. Traditional playground games endure because they’re easy to learn and fun to play. There aren’t many difficult rules for small kids to learn, so they don’t face embarrassment from not understanding how to play. In the playground, there will always be a place for fun!

Our philosophy at Uniplay is “to see children of all abilities develop essential skills through play” and we specialise in the design and installation of thermoplastic playground markings, giving playgrounds colour and creativity to enhance play, fitness and fun. You can choose your favourites from our extensive range of categories, or if give one of our friendly experts a call on 0333 321 6695 if you have any questions, or need any advice. We’re always happy to help!