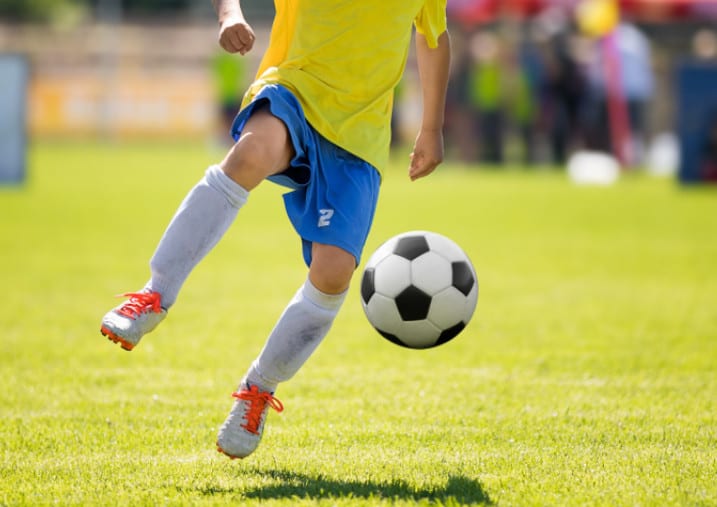 We’re already midway through February, which means there’s less than two months to go until the government allocates the first round of 2019’s PE and Sport Premium funding. Since its introduction in 2013, it’s been a key focus of Ofsted inspections to ensure that it’s being spent properly, which means that now is a great time to start thinking about how you can spend yours wisely. Thankfully, playground markings and other forms of school playground ground constitute an ideal use of the funding, reliably leading to significantly higher levels of physical activity in primary schools. Read on to find out how!

What is the PE and Sport Premium funding?

First announced in 2013, it was rolled out in the 2013/14 academic year, and the government has promised that primary schools will continue to benefit from it until at least 2020. Most importantly, the fund is ring-fenced, which means that it’s only permitted for the provision of PE and sport in schools – it can’t be spent on anything else.

Besides this restriction, though, the government is firmly of the opinion that headteachers and the schools’ leadership should decide how to use the fund. While there’s little direct oversight, each school is judged on how well they’ve used the funds as Ofsted examine:

That means the pressure is on for schools to find the best provision for the £16,000 which will provide the most value to their students. And happily, that’s a criteria that’s perfectly fulfilled by your school playground design!

Why is school playground design such an excellent use of the fund?

It comes down to a number of reasons, not least of which is that playground markings are inclusive, sustainable, and can provide notable and measurable increases in pupils’ physical activity.

Helps to build confidence in children, boosting their participation

In break times, playground markings help children to stay active through the use of creating distinct ‘zones’ – for example, one for basketball, one for football, and one for hopscotch. This motivates children by giving them a comforting framework to participate in familiar, favourite games, and similarly giving them the courage to try out new ones.

Gives PE teachers better tools and resources to work with

Playground markings are also invaluable teaching aids, as having physical, tangible frameworks helps them better explain the rules and goals of each game. A broad range of playground markings also helps teachers to keep their lessons varied, ensuring that they’re engaging their class as much as possible by helping each pupil discover the activities that interest them.

The Daily Mile is one of the fastest-growing and most popular children’s health initiatives in the UK, and it’s heavily reliant on playground markings to make it happen. Defining clear, tangible start and end goals with playground markings can help better motivate children to take part in the Daily Mile, and vibrant, colourful colours can make the activity more appealing and engaging.

Now, it’s important to note that this is not necessarily an exhaustive list of why school playground design is such a fitting use of your school’s PE and Sport Premium funding, but these should certainly be reasons enough to get you thinking! With the allocation date approaching faster than ever, now’s a great time to think about the playground markings that your school would most benefit from. We’ve got a fantastic range right here on our site, and what’s more, we’re only too happy to lend a word of advice where we can! Feel free to explore our range, or simply give us a call on 0333 321 6695!

Our summer installation slots for playground markings are booking up quickly! Be sure to get in touch with our team… https://t.co/LSsPooy6M6

Our bespoke playground markings allow for total creativity by your staff or pupils. Our team love working alongside… https://t.co/wH1S4eQOmH