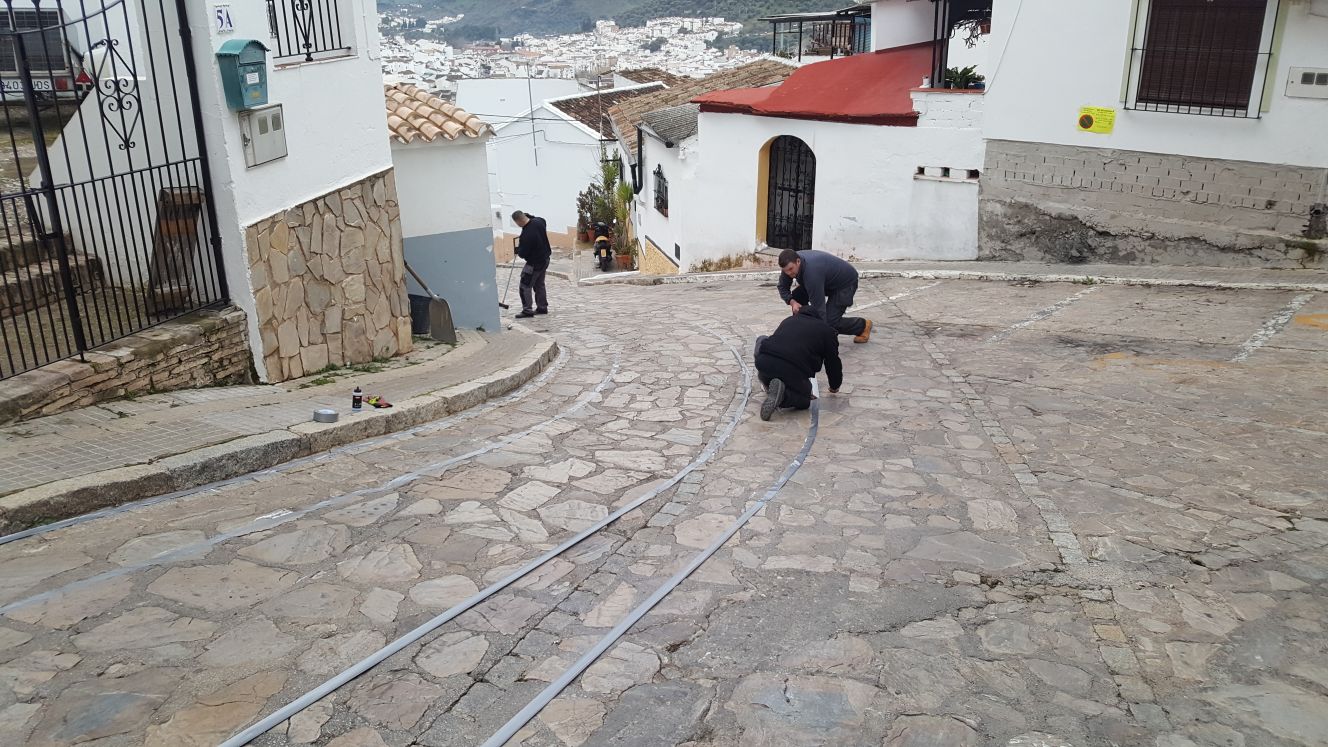 Last month saw our first week of installations in Ubrique on the Costa del Sol, Spain.

The steep, narrow cobbled streets of the town lead to the top of a hill where stunning views can be found. It was these beautiful streets that were causing a problem for the town council and their residents. The stones on the streets were so polished; they were preventing vehicles, and particularly council run services such as refuge collections happening.

Our client in Spain, Let’s Play Espana approached the council and amongst the playground and school developments they were asked to take a look at, the road in the town was a major issue.

Along with Let’s Play Espana, we identified we a product we use that would help to alleviate the issues on this particular stretch of street.

PlastiRoute RollGrip is a liquid, roll-able, solvent-free road marking material that cures via peroxide initiator. It performs as a permanent area coating with strong anti-slip properties and high durability.

Roll Grip is recommend for preferential lanes and bicycle lanes in heavy traffic zones that would benefit highly from increased skid-resistance.

The proposal was put to the council and our Uniplay were instructed to carry out the installation.

The road was closed for the day in order for our team to carry out the work.

Along with this, the council had asked for Let’s Play Espana to renew and replace some zebra crossings in the town with anti-slip and reflective thermoplastic. Uniplay installed the crossings with minimum disruption to the town.

The response from the mayor and the town council has been incredible and hopefully this installation will see an end to their constant accessibility problems.

We can’t wait to be back in the sunshine for further playground markings and traffic installations.

We share 5 fantastic playground games for your pupils to enjoy throughout the year! Read more via our website: https://t.co/m74RbPg2Lq

Our mile tracks are still proving to be some of our most popular markings, offering a creative solution for your pu… https://t.co/arov1VNyHD